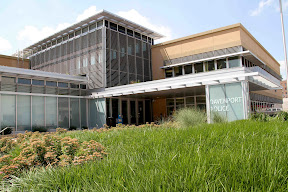 Founded in 1836, Davenport is the largest of the Quad Cities. With a population of almost 100,000, it is Iowa's third largest city. In 2007, Davenport, along with neighboring Rock Island, won the City Livability Award in the small-city category from the U.S. Conference of Mayors.

Gluba at his office and takes walking tours of the new 96,000 square foot LEED-certified police department, the wastewater facility which is saving the city $800,000 to a million dollars a year by trapping its own methane gas, award-winning compost facility and even a nature preserve called Nahant Marsh, one of the last remaining urban wetlands on the Upper Mississippi River.